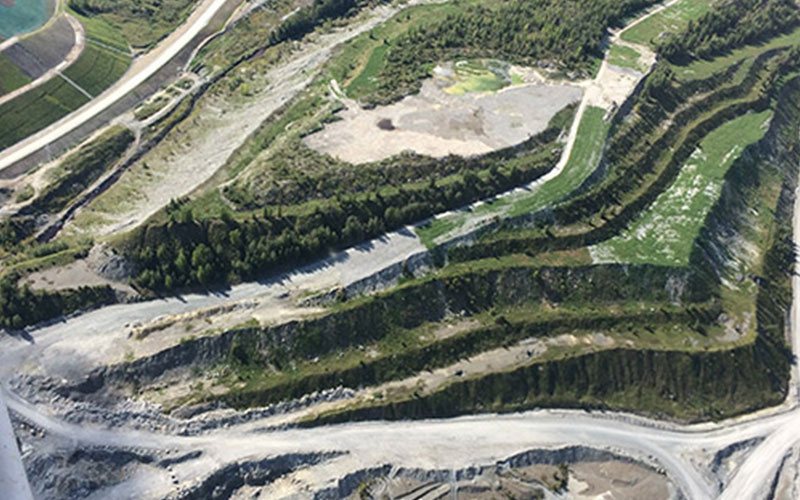 Since 2011, Viridis Environment’s professionals have been working hard at the Lac d’Amiante mining site in Black Lake, Quebec. They have been working to develop effective techniques for soil reconstruction and phytoremediation of chrysotile mine tailings piles. At the end of several trials of mixtures of deinking and municipal sludge, Viridis succeeded in its wager! It has implanted vigorous herbaceous plants without nutritional imbalance or heavy metal toxicity.

The knowledge acquired by Viridis since 2011, as well as that acquired through its recent partnership with the Centre d’étude de la forêt, allows us to say that we are now in the process of perfecting phytoremediation and afforestation techniques (e.g. MRF mixtures, types of site preparation, preferred tree species), which will maximize biomass gains and therefore CO2 storage. They also promote the stabilization of soils and their carbon content.

This project to rehabilitate a degraded site will allow the sequestration of significant quantities of CO2 in the tree biomass as well as the stabilization of carbon in the soils. This carbon would otherwise be potentially lost to the atmosphere, in the form of greenhouse gases, if the MRFs used to rebuild the soils were instead buried or incinerated. This research will also provide an accurate measure of the amount of carbon that can be retained by the system. In addition, afforestation will make it possible to give an economic boost to highly degraded sites.