Organic residues to revive the vegetation: Granilake and Viridis Environmental are bringing nature back to life at the Black Lake mine 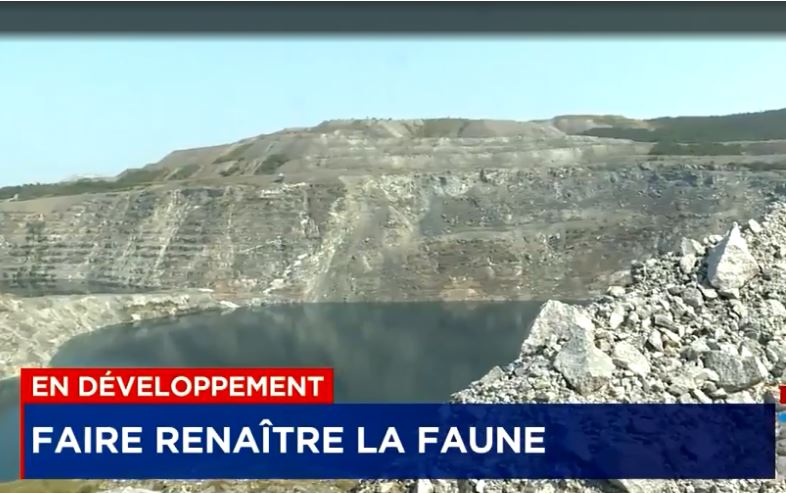 THETFORD MINES – In partnership with the owner of Granilake mine, Viridis, Quebec’s leader in the management of fertilizing residual materials (FRMs), is announcing the revegetation of tens of hectares of the former Black Lake mining site at Thetford Mines.

“Thanks to its innovative solutions and superior expertise in the field, Viridis has developed several organic substrate recipes adapted to the revegetation of mine tailings heaps,” indicated Viridis Vice President and founder, Simon Naylor.

Working in collaboration with Granilake since 2011, Viridis has generated close to $1 million in economic benefits locally over the past three years through this incredible effort.

It should be noted that in addition to diverting organic waste from landfills, using waste for revegetation is an economical, sustainable and socially responsible measure that has a positive impact on rehabilitating the former mining site. “We prompt the generation of a permanent green cover through herbaceous plants and trees adapted to the environment. Over time, the mounds of mine tailings that have tarnished the barren landscape of the former mine for dozens of years will all be revegetated, which will completely renew the area,” added Mr. Naylor, proud of Viridis’ sustained efforts to green the Thetford Mines region.

Viridis and the owner of the mine support research: after the fields, the forest

It is hardly surprising that just a few weeks ago, Professor Nicolas Bélanger of the Département Science et Technologie at Université TÉLUQ, and researcher at the Centre d’étude de la forêt, received a $25,000 Engage grant from the Natural Sciences and Engineering Research Council of Canada (NSERC) for his research on valorizing the former chrysotile mine at Black Lake.

Entitled Afforestation sur des sols reconstruits à partir de boues de désencrage et municipales : le cas des haldes à résidus miniers de chrysotile, his project will be carried out in partnership with Viridis and mine officials, and will have a very specific focus: the implementation of a robust experimental afforestation system (the planting of trees to generate a forest on a surface that has been without trees over an extended period), the description of microsites, the collection of data on the survival, growth and foliar nutrition of the trees over a year, and the analysis of the results.

“We are honoured by this partnership for this research, and proud to support him with his project. It demonstrates beyond any doubt that Viridis is not only a leader in its field, but also that it knows how to get involved, and that the mine owner wants the greatest possible amount of greenery at the site,” concluded Mr. Naylor.